When we talk about a microservices architecture, we refer to a system with a large number of small services, working with each other:

An important feature of such architectures is auto-scaling. The number of instances of a microservice varies based on the system load. Initially, you could have 5 instances of Microservice5, which go up later to 20, 100, or 1000!

Hardcoding URLs Is Not an Option

Ideally, you want to change the number of instances of Microservice5 based on the load, and make Microservice4 dynamically aware of the instances.

That’s where the concept of Service Discovery comes into the picture.

The component that provides this service is generally called a naming server.

Another Example of Service Discovery

Let’s say there is a service for currency conversion:

The CurrencyConversionService (CCS) talks to the ForexService. At a certain point of time, these services have two instances each:

However, there could be a time where there are five instances of the ForexService (FS):

In that case, CurrencyConversionService needs to make sure that the load is evenly distributed across all the ForexService instances. It needs to answer two important questions: 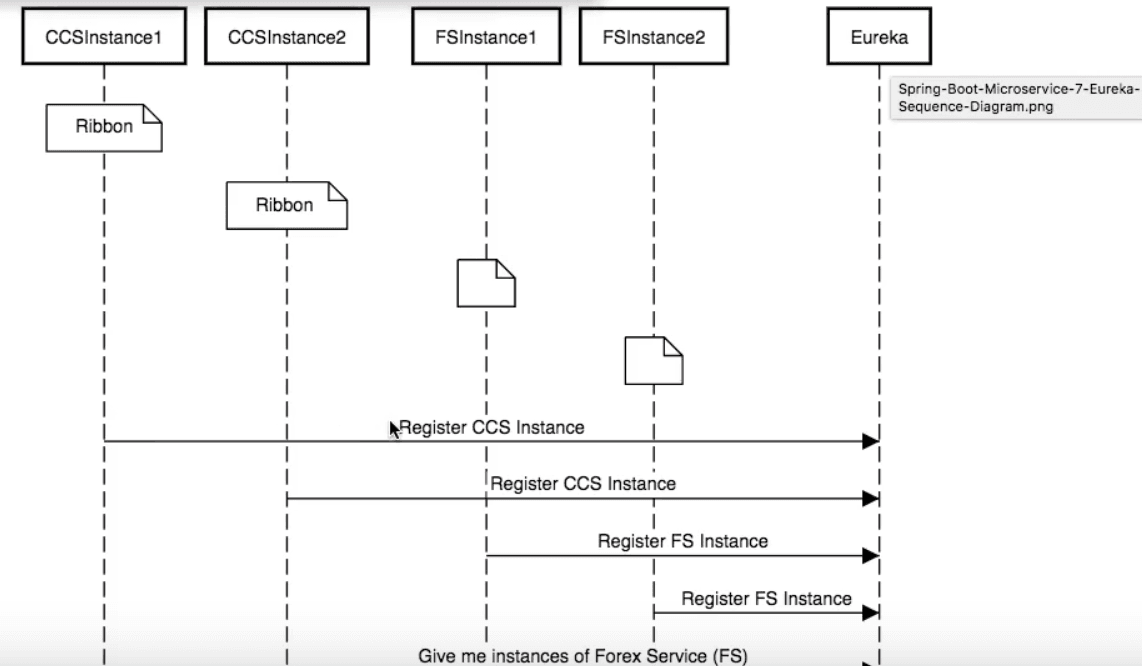 When a CCS microservice instance is brought up, it registers with Eureka. The same thing happens with all instances of FS as well.